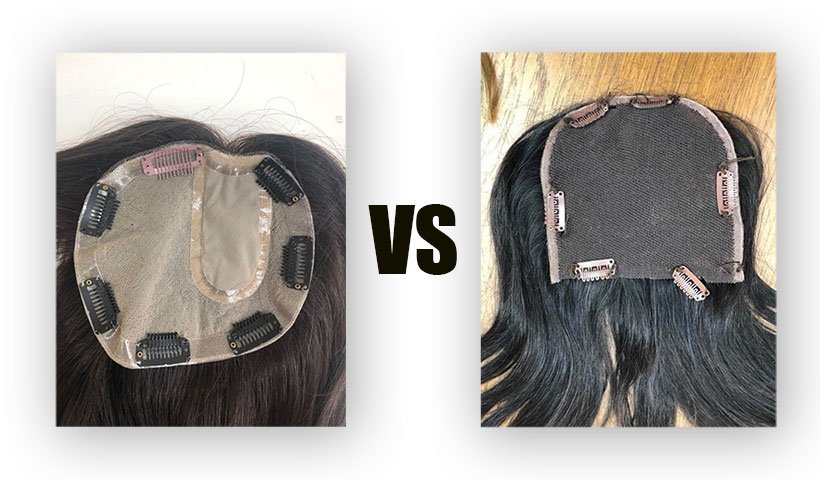 When you are new to buying any product or service, it can be a challenge to get what is right for you. When I first started watching the night sky, I bought two useless telescopes before a found one that was right for me. I am sure that you have had similar experiences. It’s no different with hair.

The impetus to write this blog series comes from the fact that during the past year I have seen numerous examples of women who have purchased something that was not what they thought they were buying. It is very frustrating because they come to me to fix what they bought elsewhere and that usually is not possible. It goes to the quality of the product, and you cannot turn a Lada into a Mercedes.

So I have three stories to relate. I hope that they are helpful, and this by no means that I have a monopoly on beautiful hair. But as women’s hair enhancement has become more mainstream, more people see a “hot” market and want to take advantage of it.

The first story is about a dear client of mine. Her (and her daughter) have been with me for over fifteen years. They came in to see me last fall and immediately started apologizing to me. I asked them what the matter was.

The story goes, that since her husband passed away, she has not been able to afford the postiche/topper systems that I have made for her over the years. She decided to try another place. She showed them what “Michael made for her” and asked if this they could duplicate it.
“No problem,” was the reply, “That’s easy.”

Exhibit A: The Crime

She was handed this and told to bring it to her hairstylist and have it cut for her. When she showed this to me, I was appalled. I thought that this must be a joke. But she was close to tears. I looked at it again, and I tried to see if there was anything that could I could do with it.

My first impression, and it still is my opinion, is that this was the top of a wig that was cut off in a back room and cheap comb clips in a very amateur fashion were attached (yes, there are different qualities of comb clips).

The thread for the clips, their unexpected direction, it just indicated to me that this was just thrown together by someone that had no idea what they were doing.

And the hair! I had to do a burn test (something mah momma taught me) to determine if it was real hair or not. You use a lighter to burn some strands and can tell by the smell. It was hair, but it was not quality hair.

What’s worse, there was no way to style this hair. Below is the underside of a “Suzie” designed postiche/topper, and is what my client is used to receiving from me. You see the ‘polyester silk’ is the base material, and it has what is called a ‘French Part” to make the scalp look completely natural.

The French Part is challenging to make. The hair must be poked through the white silk and then knotted underneath, and then the knotting needle must be extracted without tearing the fabric.

It is tough, but the results are amazing when done correctly.

So what could my client do? She could not wear this. And the salon she went to had stopped talking to her. They had “graciously” offered to make her a new one for several hundred dollars more, but my client declined.

I offered to take one of the old units that I still had of hers and re-condition it.  I was going to forgo the cost, but she insisted on paying me for it. At least she would have something to wear.

It was essential to her and me. I have known her daughter for so long she has become a friend.

I heard the end of the story a few weeks ago. I bumped into her on Avenue Road, and she brought me up to speed. It was very stressful for her because she is the non-confrontational type, but she took the salon to court. The salon tried to argue their way out, but His Honour was having none of it. He ordered that my client receive a  full refund. She was still wearing the topper that I had re-conditioned for her. She looked great!

What Should I Look For?

So let us go over how to avoid something like this happening to you.

It is a good thing that hair enhancement for women is becoming more socially acceptable. I have never understood why adding something to get the hair you want was something to be embarrassed over.

But it does seem to be subsiding. And that is a good thing.

That being said, it can leave “nubees” (and even some veterans) in the game vulnerable. Take your time (I have had clients come back 20 years after their initial consultation). Don’t get into analysis paralysis, but don’t be rushed. You do not always get what you pay for.

Next story: Next week!

Want to Hear About Upcoming Events and Promotions?

Sign up for our newsletter! We usually send no more than 1 newsletter every 3 months.

Want to Hear About Upcoming Events and Promotions?

Sign up for our newsletter! We usually send no more than 1 newsletter every 3 months.

In accordance with provincial law, we are open for curbside pickup only at all locations. Contact us!