Jennifer Lopez uses wigs to get more pouf in her ‘do. Photograph by : Hector Mata, AFP/Getty Images

After seasons of flat-ironed locks, the style pendulum has swung to the opposite extreme, ushering in full, fabulous hairstyles coiffed and configured using that long-forgotten accessory: the wig. 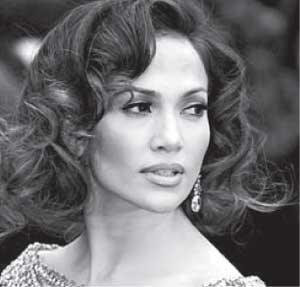 Jennifer Lopez uses wigs to get more pouf in her ‘do. Photograph by : Hector Mata, AFP/Getty Images

“I love the full-looking hairstyles celebs like Penelope Cruz, Jennifer Lopez and Jessica Simpson have when they’re on the red carpet,” enthuses Kathy, a 34-year-old convert who owns over $12,000 in hairpieces. “But no amount of volumizing product or hair extensions are going to get you that. It wasn’t until I discovered that the celebrities are wearing wigs and hairpieces that I figured out that I can get that look.

“I give my wigs names; each one is for a personality,” she adds. “Samantha is very outgoing. Courtney is a little more sophisticated and a bit moody.”

Like many other women, Kathy has discovered that wigs allow them to get the playful styles seen on magazines and in movies. Unlike wigs of days gone by, new attachments and hair treatments make today’s incarnations easier to wear than ever.

“We have never seen quality like this before,” says Michael Suba, owner of Continental Hair in Toronto. “We have wigs that are full and yet only weigh ounces.”

“For the last few years, people have been attempting to mimic the big hair they saw on celebrities with extensions and product,” he adds. “They never realized the celebrities were wearing wigs because the hair looked so good.”

The man responsible for placing haute hairpieces on the heads of wig-wearing celebrities, including client Lopez, is the Cuban-born, Miami-based stylist Oribe. A household name in the early nineties, Oribe defined a generation with his oversized supermodel hair.

The look was glamorous, sexy and big – and relied heavily on hairpieces. It dominated the catwalks and international magazines, from Chanel and Versace to Vogue and Allure.

“I would add so much hair – the bigger the better!” Oribe said recently of his self-described “more is more” bent. He would travel from shoot to catwalk with nine bags of wigs and hairpieces.

But when designer Marc Jacobs paraded flat-haired models through his landmark grunge show in 1992, he did more than change the face of fashion. He also kicked off a new era in beauty – a dour period of flat, unprimped hair and minimal make-up.

Backstage at the time, Oribe was devastated. “Marc handed me a barrette and asked me to just throw it in [a girl’s hair],” he recalls. “This was the start of borderline vulgar hair.” Signalled by Jacobs’s show, more became less when it came to coiffure and Oribe’s business started to unravel. “But I stayed true [to the look],” he adds. “I know what I like when it comes to hair.” Suba experienced the same decline in wig sales as hairstyles deflated during the 1990s. “Our fashion wigs went from boom to bust,” he says of his business, which was founded by his parents in 1964.“The look of the last 15 years,” Suba adds, “has been much more conservative, less fun. People stopped seeing their hair as an accessory.”

In previous years, wigs and hairpieces had been mainstays of a women’s beauty arsenal – a fact that Oribe remembers fondly. “Wigs should be commonplace in every women’s wardrobe,” he insists. “They are a key accessory.” As Suba notes, “young women today were never exposed to wigs and still see them as dated or for older women, yet they are trying to achieve the look of a wig with extensions, backcombing and product. It’s a bit ridiculous.”

As wigs return to the style spotlight, so does demand for the services of Oribe, who is being called on to once again style fashion’s elite, including such nineties icons as Linda Evangelista.

“Linda always could do big!” Oribe laughs. “We just worked with her on a shoot for W magazine and we did enormous hair using hairpieces. It looked incredible.”

As for Continental Hair, sales are reaching new heights. “We haven’t seen a demand like this in years,” Suba says. “We’re sending custom-designed wigs to clients in Hawaii, New York City, Paris.”

Many of his new products are showcased in his salon. “We now have lace cap wigs so the wearer can hardly tell that they have a wig on,” Suba says. Another creation, a hair clip called the Postiche, was designed by his mother. It attaches to the crown and “gives you a lot more hair to play with.”

** Special to The Globe and Mail